The Cherry Hill Fire Department hosted the graduation of recruit Class 16-24 on Friday evening at 1800 hrs. The event was well attended by the Board of Fire Commissioners, Command Staff, the families of the graduates, Training staff, as well as a large compliment of current and retired Cherry Hill Fire and EMS personnel for the ceremony.

The event also included the badge pinning for each recruit by their family members, and at the end a video showing the highlights of the (7) week fire academy was shown. These new recruits were given their initial assignments and Sam Houston's at that time.

The recruits were as follows:

Patrick K. Schetter, Scott M. Vrana, Nicholas R. Diamanti, Sean D. Carlin, Shaun M. Ferguson, Dominick J. Jackson, and Justin G. Walters. If you are part of the fire service you will recognize many of theses names. We wish them all a successful initial year as probationary firefighters of the Cherry Hill Fire Department.

Awards were then presented to the "academic" leader of the class,PFF Ferguson, as well as the Chief Dennis P. Reilly award for "excellence" to the most hard working outstanding recruit recipient., PFF Jackson.

After the ceremony the graduating class hosted a reception at the American Legion Post on Marlboro Avenue.

Photos by L. Colacicco of Rehab 13 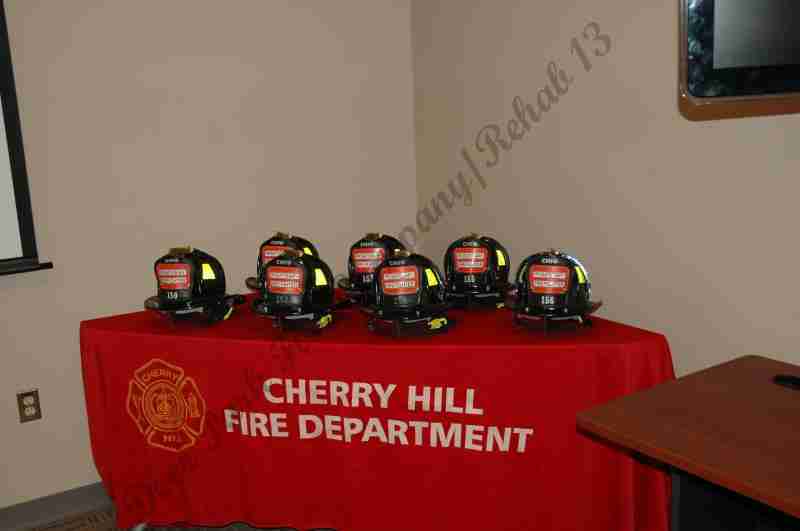 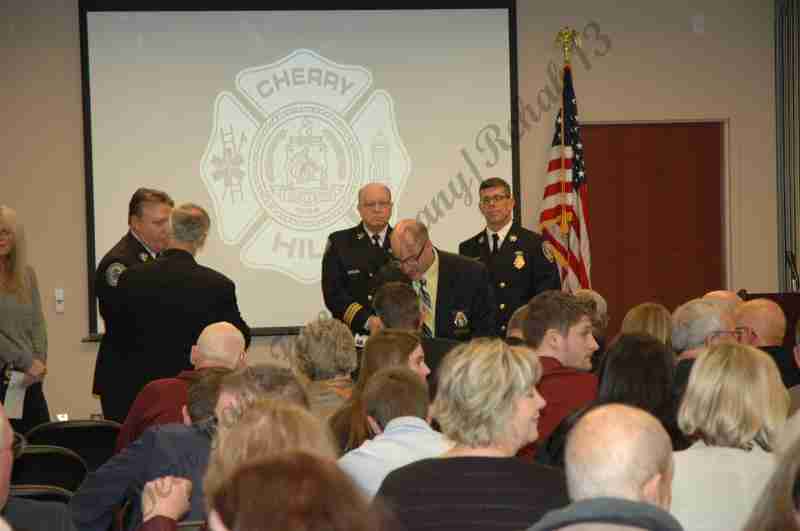 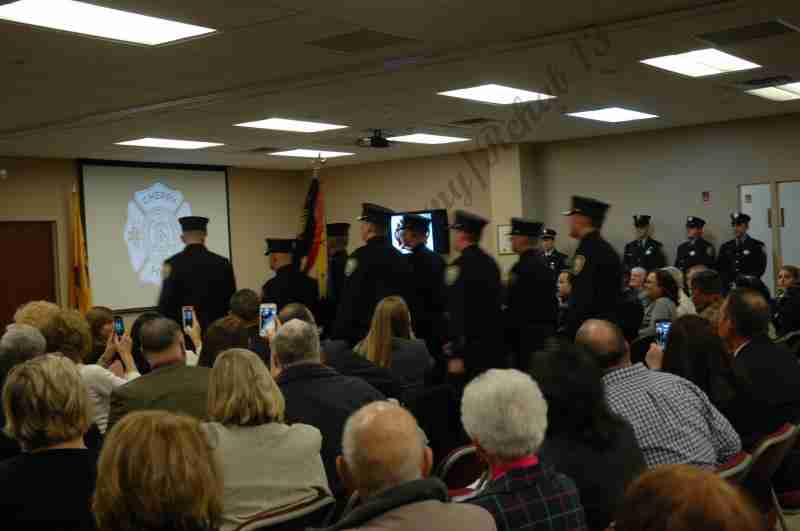 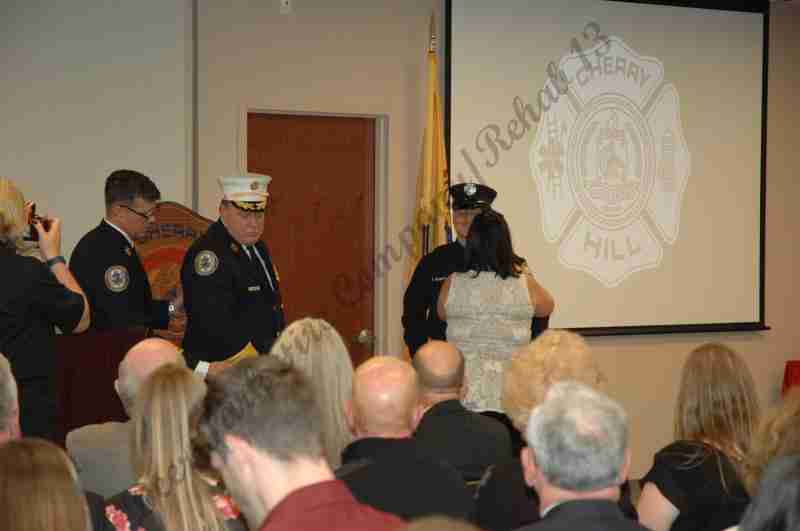 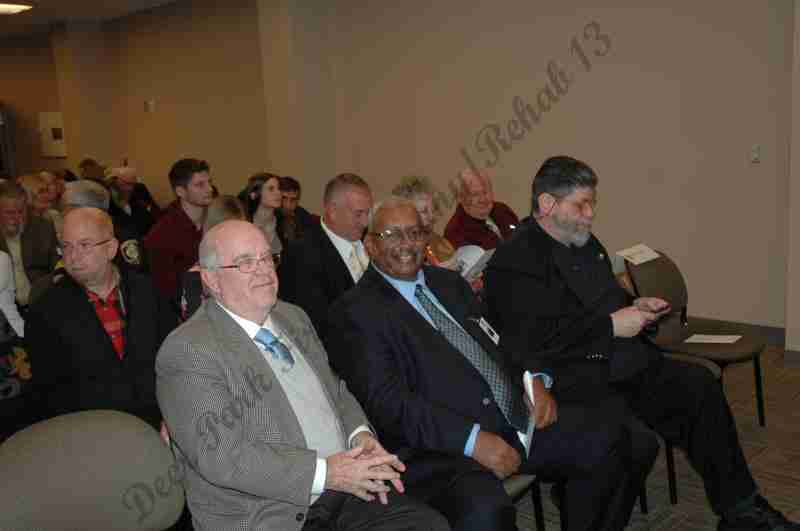 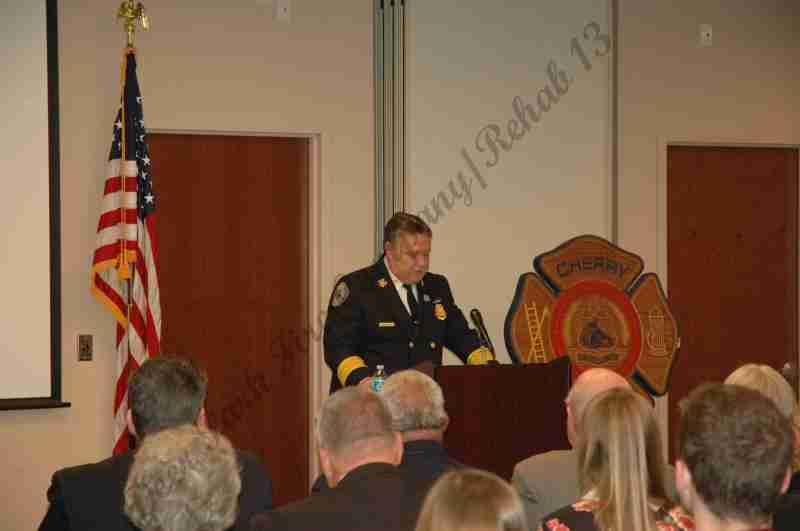 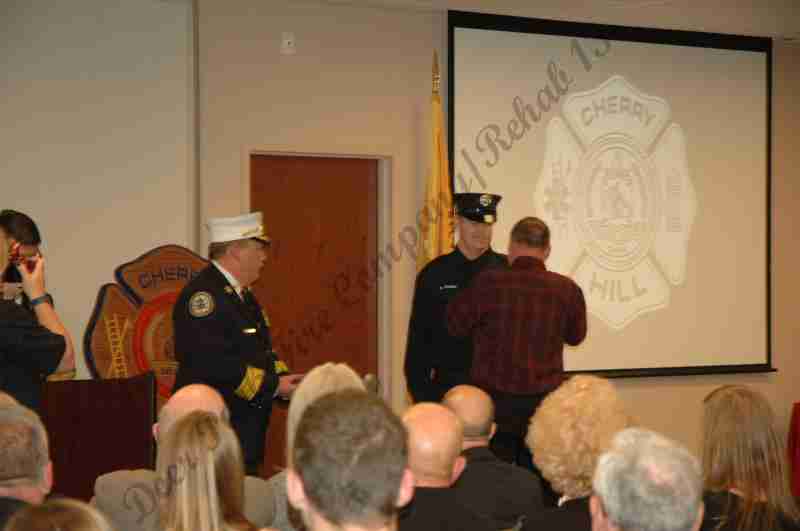